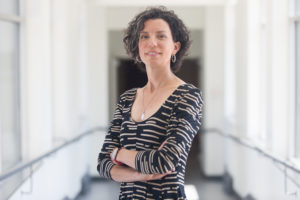 Meredith Terretta earned her PhD in African history at the University of Wisconsin-Madison. She holds the Gordon F. Henderson Research Chair in Human Rights and teaches history at the University of Ottawa. She specializes in themes of African liberation movements, legal activism, histories of refuge-seeking, and human rights. She has recently coedited African Asylum at a Crossroads: Activism, Expert Testimony, and Refugee Rights (Ohio University Press, 2015). Her most recent single-authored book is Nation of Outlaws, State of Violence: Nationalism, Grassfields Tradition, and State-Building in Cameroon (Ohio University Press, New African Histories Series, 2014). Her articles appear in numerous journals including The Journal of Contemporary History, The Canadian Journal of History, Matériaux pour l’histoire de notre temps, Politique africaine, The Journal of World History, Human Rights Quarterly, and The Journal of African History. She is currently working on a book tentatively titled Activism at the Fringes of Empire: Rogue Lawyers and Rights Activists In and Out of Twentieth Century Africa. 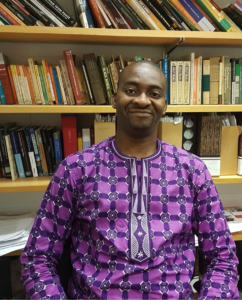 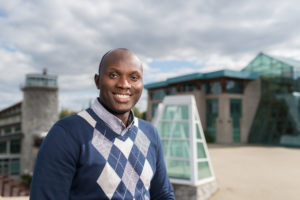 At the moment, I am completing the research that formed the basis of my Banting postdoctoral fellowship. The focus of the project is on the socio-economic and political ramifications of oil and gas development in Ghana. With this background on Ghana, I seek to include two additional countries after which the project would be written up as a book manuscript for possible publication. In the meantime, I am also working with Dr. Jesse Ovadia (University of Windsor) and Dr. Andrew Grant (Queen’s University) to edit a volume based on a SSHRC-sponsored workshop organized in September 2017 titled, Mobilizing Canadian Knowledge on Natural Resource-Based Development in Africa. This project is preceded by another edited book under review with the University of Toronto Press, which was also an offshoot of a workshop co-organized at Queen’s University in May 2016 with a focus on Canada’s role in Africa’s natural resource sectors. In addition to my PhD work, all these ongoing projects reinforce my interest in the international political economy of natural resource extraction although I have a number of other related and varied research interests. I will be happy to work with students who have an interest in any of these areas of research. 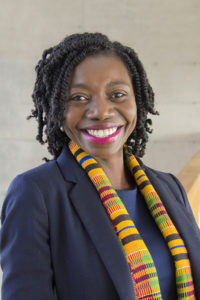 Dr. Bawa is an Assistant Professor in Sociology at York University. She is a global sociologist whose research interests revolve around issues of globalization and international political economy, postcoloniality and discourses of women’s rights and empowerment in Africa. Her work examines, from a postcolonial feminist perspective, the ways in which socio-cultural, economic and religious ideologies shape discourses on women’s rights, higher education and empowerment in Ghana. She also has secondary interests in NGOs, poverty and salvation narratives in philanthropic discourses surrounding African women and children in postcolonial contexts.

Simonne Horwitz is an Associate Professor in the Department of History at the University of Saskatchewan, where her research and teaching focus on Southern African History and the History of Medicine. She also has a keen interest in, and teaches and supervises, on topics in the History of Development, Gender and Sexuality and Genocide and Mass Killing. Simonne did her undergraduate degree at the University of the Witwatersrand (WITS) in South Africa and her M.Sc and D.Phil at Oxford University as a Rhodes Scholar. Her first book, Baragwanath Hospital, Soweto: A history of medical care 1941-1990, was published by Wits University Press in 2013, and illustrates how this rapidly growing, underfunded but surprisingly effective institution found a niche that allowed it to exist, to provide medical care to a massive patient body and at times even to flourish in the apartheid state. The history of this unique hospital and of the doctors and nurses who worked there tells us much about apartheid ideology and practice, as well as resistance to it, in the realm of health care. Since then she has worked on comparative history of Canada and South Africa focusing on racial policy and issues around HIV/AIDS in both countries and currently a project on the History of Kidney Transplantation in South Africa. Kidney transplantation is specifically interesting in the apartheid context because it developed as an elite medical procedure, performed by a select group of white doctors on mostly white patients; it became a symbol of white supremacy in the country. This project will develop a history that approaches race, medicine and discovery in ways that illuminate how apartheid was operationalized within medical institutions, on patients and in research agendas. 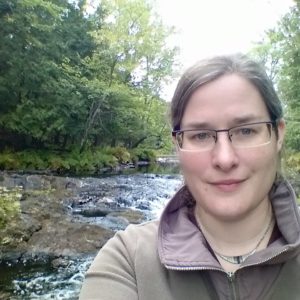 Katrina Keefer is an Adjunct Professor at Trent University, Ontario, Canada. She is a cultural historian who specializes in identity, body marking, slavery, and initiatory societies in West Africa. She is a contributor to the Liberated Africans Project and the Studies in the History of the African Diaspora – Documents (SHADD) projects, both of which engage with biography in the Atlantic world. Keefer is working on a large scale digital humanities project on using permanent body marks to better discern origins and birthplace, and is embarking upon related research. She has previously published on scarification, Poro, and identity in Sierra Leone.

Ex-officio (by virtue of being Editors of the Canadian Journal of African Studies): 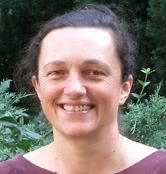 Belinda Dodson is Coordinating Editor of CJAS, a position she has held since 2015. Prior to that, she served as a CJAS Editor from 2012 to 2015. She has been a member of the Canadian Association of African Studies since 1998. She has degrees from the University of Kwazulu-Natal in South Africa and a PhD in Geography from Cambridge University in England. She was a faculty member at the University of Cape Town in the 1990s and joined the faculty in the Department of Geography at the University of Western Ontario in Canada in 2002. Her own research examines the intersection of gender, migration and development, with a regional focus on Southern Africa. Her work has been published in edited volumes as well as journals including Africa Today, Agenda, Canadian Journal of African Studies, Feminist Review, Gender Place and Culture, Health and Place, Migration and Development, and South African Geographical Journal. 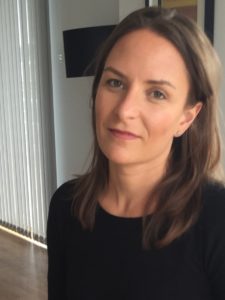 Julie Soleil Archambault is an Assistant Professor in the Department of Sociology and Anthropology at Concordia University. She received her PhD in Anthropology from the School of Oriental and African Studies in 2010 and has been co-editor of the Canadian Journal of African Studies since 2016. Her first research project looked at the new virtual intimate spaces opened up by mobile phone communication in Mozambique and examined the everyday struggles of young people through the lens of their mobile phone practices. She has also conducted research on human-plant relations and is currently writing a book on cement and prosperity in Africa. Julie is the author of Mobile Secrets: Youth, Intimacy and the Politics of Pretense in Mozambique (University of Chicago Press, 2017), and her work has also been published in the Journal of the Royal Anthropological Institute, Cultural Anthropology, American Ethnologist, Africa, Politique africaine and New Media and Society. 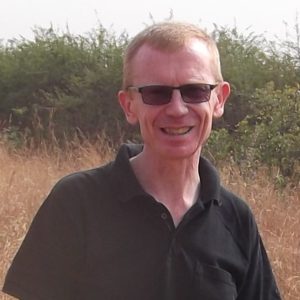 Martin Evans is Programme Leader for International Development Studies at the University of Chester. His main interests are in rural economic and political geographies in sub-Saharan Africa, with a focus on conflict and ‘post-conflict’ situations. He has a long-standing research programme in Casamance, Senegal, which has more recently extended into studying the effectiveness of development interventions to support paddy rice cultivation in a context of climatic and social change. He is also interested in the emerging debates about the geostrategic implications of climate change. He is Editor for Geography-related papers for the Canadian Journal of African Studies.

Cédric Jourde is an associate professor at the School of Political Studies, University of Ottawa. His research focuses on the intersection between ethnicity, Islam and social status in West Africa, and on the transformation of political regimes. 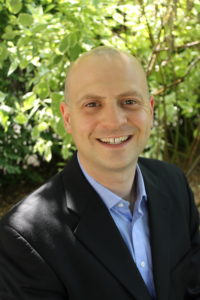 Matthew I. Mitchell (Ph.D. Queen’s) is an Assistant Professor in the Department of Political Studies at the University of Saskatchewan. Prior to this appointment, he was an Assistant Professor in the School of Conflict Studies at Saint Paul University and a SSHRC Postdoctoral Fellow in the Department of Political Science at the University of Wisconsin-Madison. His research focuses on African politics, global indigenous politics, land tenure reform, migration and conflict, natural resources and governance, peacebuilding, and political violence. His work has appeared in journals such as African Studies Review, Commonwealth & Comparative Politics, Democratization, Ethnopolitics, Journal of Agrarian Change and Journal of Peace Research. He has also published in numerous edited volumes and is a co-editor of New Approaches to the Governance of Natural Resources: Insights from Africa (Palgrave Macmillan, 2014) and People Changing Places: New Perspectives on Demography, Migration, Conflict, and the State (Routledge, 2018). He has been a co-editor of Canadian Journal of African Studies since 2015. 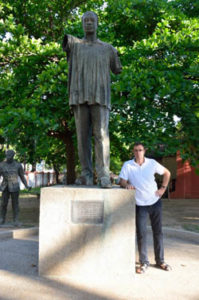 Jonathan Roberts is from Lantzville, British Columbia and he arrived at the Mount in 2008. He holds a BA and an MA from McGill University and a PhD from Dalhousie University.

Jonathan specializes in the history of medicine and religion in West Africa, with a particular focus on the history of healing in Ghana. As part of a project funded by the British Library, he is currently archiving witchcraft trial records held at shrines in Accra, Ghana.  He is also interested in the politics of heritage tourism at slave forts in West Africa.

At the Mount, Jonathan teaches courses in African and World history. He has recently taught the following courses: World History, Cultural Encounters in the Modern World, the Early African Past, Modern Africa, and Religions in African History

Call for Nominations for the CAAS Executive - deadline extended to 9 May!

CAAS invites nominations for the position of Vice-President and 4 Members-at-Large!